Two Points of View On The Teachers Strike 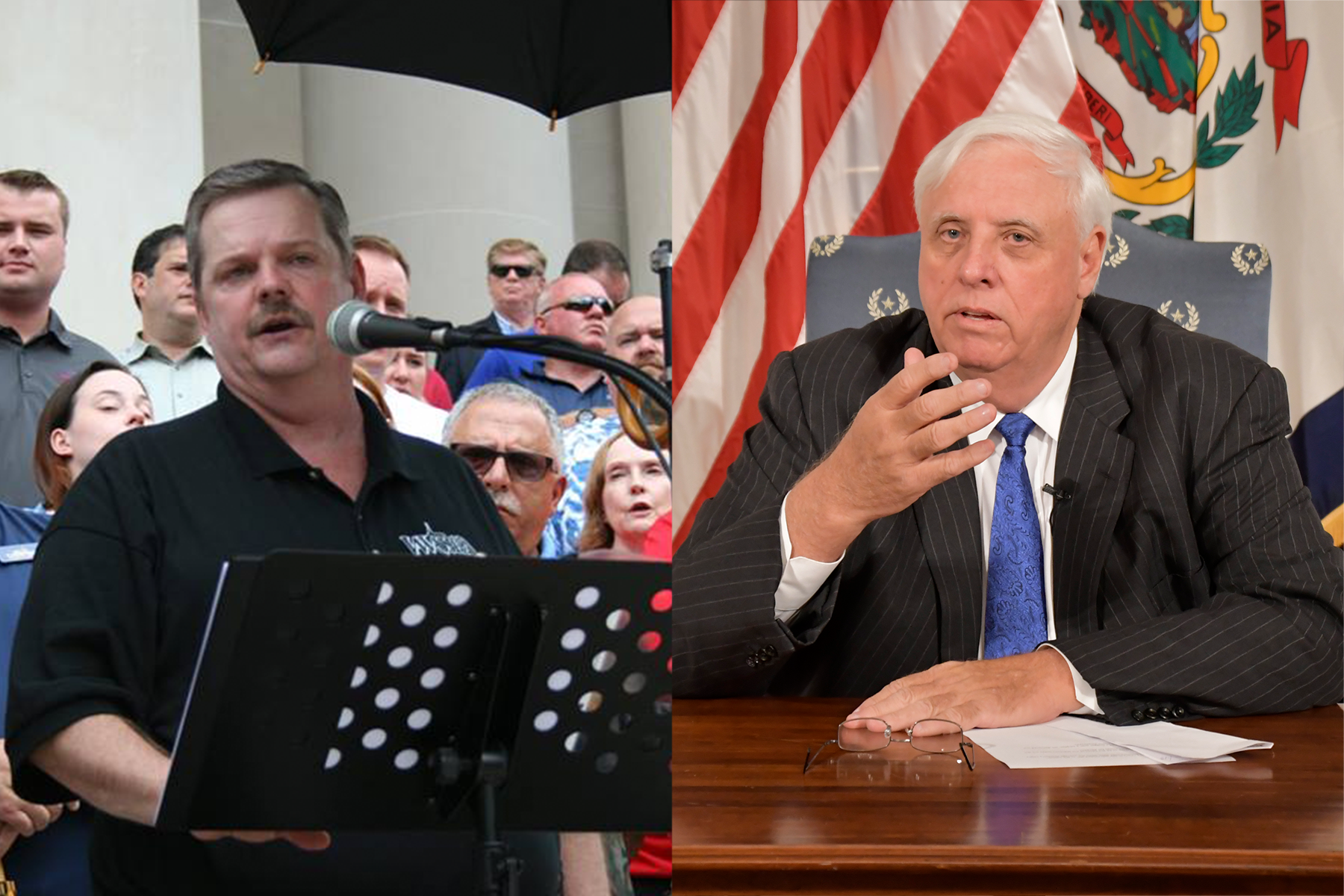 Earlier this month Governor Jim Justice held a press conference where he made an interesting statement regarding the impact of the 2018 Teachers Strike, claiming "The Teachers Pay Raise...that happened not because of people that were Rah-Rah-ing and everything upstairs. It happened because of the good work of the Republicans"

You can view the Governor's press conference here.

Some people took issue with that line. In particular Joe White, who represents bus drivers, school cooks, custodians, and other school service personnel in West Virginia. Mr. White recently spoke to members of his organization through a Facebook Live Stream where he passionately refuted the Governor's claim that the strike (that included service personnel in addition to teachers) wasn't the driving cause for the five percent pay raise.

To help put the Governor and Mr. White's conflicting statements into context we've done some research and compiled a timeline of Governor Justice's history with Teacher Pay Raises. Overall, it seems to be true that Governor Justice is in favor of talking about Teacher Pay Raises, but when it comes time to act, it takes the people (in this case Teachers and School Service Personnel) holding his and the legislatures feet to the fire to see any substantial raises.

Governor Justice proposes a 2% across the board pay raise for teachers. (Source: WVMetroNews) This proposal excited teachers across the state, but in the end it appeared to be all talk, as the (then Democrat) Governor Justice failed to get the Legislative Leadership on board.

The only other notable mention of teacher pay raises that year was when Governor Justice noted that the raises weren't in the budget he vetoed when unveiling his veto in the infamous "Bull you know what" announcement.

In his second State of the State address Governor Justice proposed a 1% across the board pay raise for teachers, half of what he had promised (and failed to deliver on) the previous year.

After much back and forth over various plans, and a teacher strike looming, the legislature passes a bill giving teachers a series of small pay raises, starting with 2% the first year. (Source: WV MetroNews)

5 days into the strike Governor Justice meets with leaders from the Teachers Unions and together they reach a deal for a 5% raise for teachers and school service personnel. (Source: WVSV)

The House of Delegates approves the proposed 5% Pay Raise. The Senate votes it down, but not before some parliamentary shenanigans. (Source: Charleston Gazette Mail)

The Senate finally relents and votes for the 5% Pay Raise for teachers and state employees. Justice signs this into law. (Source: The Wheeling Intelligencer)

This timeline tells a very different story than the one Justice and the senate leadership is telling. While it's true that the legislature passed a small pay raise for teachers before the teacher walkouts begin, it wasn't until over a week into the strike that the Governor agreed to the 5% raise, and beyond that it took another three days of the strike to convince the Senate. So, it seems the "Ra-Rahing" had more to do with the raise the teachers ended up getting than the "good work of the Republicans."