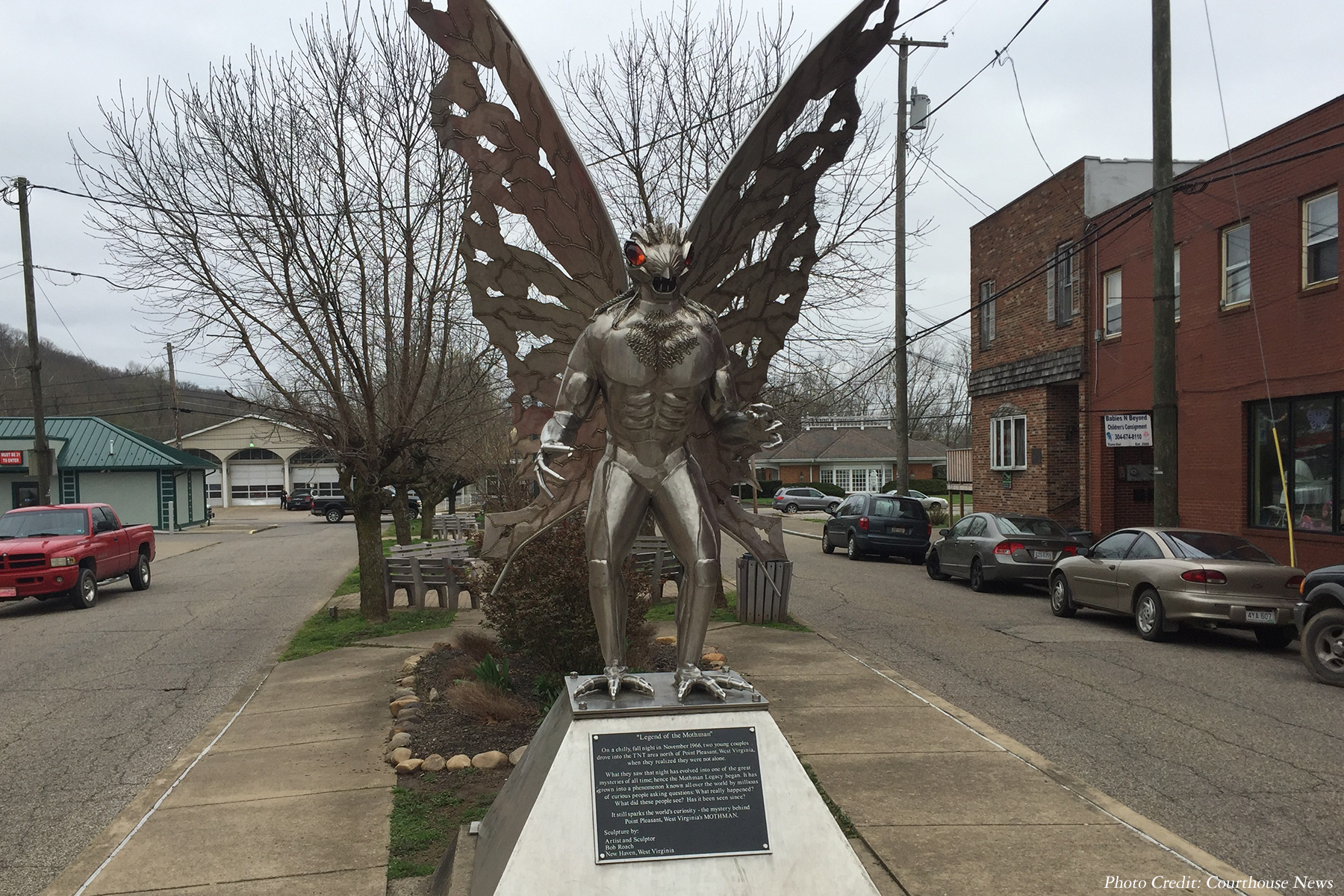 WV is a state full of legends and folklore, and none are as well known as the Mothman. This Appalachian boogeyman is up there with Coal, Country Roads and Jerry West when it comes to what the outside world knows about the Mountain State.

November 2nd, 1966. It is a commute driven a thousand times before. Woody Derenberger, a Mineral Wells resident and local salesman, heads southbound on I-77 from Marietta after a long day of work. It is roughly 7:30 pm. Evening comes early with the autumn winds and that night’s darkness is no exception. Headlights ablaze, his panel truck journeys onward toward the Staunton Avenue exit. Other cars, their lights shining through the murky dark, pass. One such vehicle passes with yet another behind it following closely at a distance of maybe 25 feet. This vehicle veers in front of the truck and slows, forcing Woody to slow as well. Woody first notices through his headlights that the vehicle has no wheels, but rather appears to be hovering over a foot off of the ground. He then notices the vehicle’s peculiar shape and length. It is roughly 30 feet long and is shaped like a stovetop pipe. A door opens, and out into the headlights walks a man, well-dressed and smiling. Woody describes him as looking very tan, with slicked-back hair and wearing a button-down shirt and trousers which, despite having a metallic sheen, more or less match the fashion of the day. The man proceeds to ask Woody a series of questions, some about the area, some more personal. Midway through the conversation, Woody realizes that the man is not speaking but is rather pressing the conversation telepathically. Realizing Woody’s apprehension, the man tells him to not be afraid. When asked about his name and origin, the man speaks plainly.