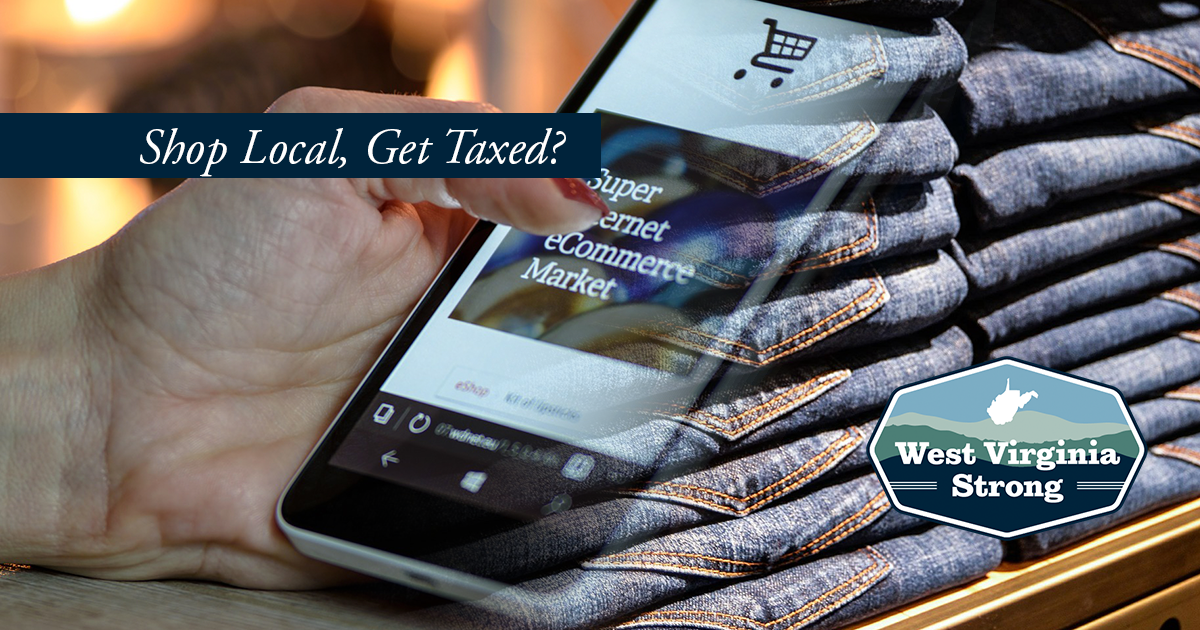 According to the West Virginia Retailers Association, 1 in 4 West Virginians are employed by the retail industry. That's a lot of jobs. These jobs range from the cashiers at state's Walmarts & Targets to the owner of your local corner store, but there's one thing that both Walmart & mom & pop shops have in common.

They both have to charge sales tax. It's part of the cost of doing business in the Mountain State. Out Of State online retailers on the other hand? They don't collect sales tax, and that can hurt West Virginia Businesses and the state's bottom line.

Now some online retailers are required to pay sales tax. Surely you noticed a few years ago when Amazon started charging sales tax on your orders. You probably weren't thrilled about it.

There's a reason Amazon has to collect sales tax in WV. They have a physical presence in the state. Not a store, but a distribution center. As of a few years ago they employed 500 West Virginians, and according to the Department of Commerce, that number was expected to grow. The act of operating in West Virginia and employing West Virginians requires the company to charge a sales tax on orders shipped to the Mountain State.

But online retailers who sell to West Virginians without having a physical operation in the state? They are under no obligation to collect sales tax. Infact, until recently, there was no way to enforce a sales tax on such retailers. It was prohibited by a U.S. Supreme Court Decision. However Beckley's Herald Dispatch is reporting that this decision has been repealed in the recent case of "South Dakota v. Wayfair."

The Supreme Court decision on it's own doesn't change any of our state's current laws. It does opens the door for the Legislature to remove a loophole. It lets the legislature remove an incentive for West Virginians to spend their money with out of state companies instead of than buying from stores or websites with an in-state presence. Unfortunately, it doesn't sound like this loophole will be closed anytime soon.

From The Herald Dispatch

Gov. Justice says this is a legislative issue that would have to be passed for the state to enforce the collection of out-of-state sales taxes.

“With our state's growing economy, I don’t want to reach into West Virginians' pockets when we don’t need to,” Justice said.

Senate Finance Chair Craig Blair says he agrees with Justice from that standpoint.

“I want to stress that we’re not looking at this as an additional revenue stream. There’s no desire by the Republican majority to increase taxes on the people of the West Virginia,” Blair told The Register-Herald Friday afternoon.

While no one gets excited about paying new taxes, this really isn't a new tax. West Virginians are supposed to self-report any online purchases that sales tax isn't collected on, and pay the tax themselves. In reality, this rarely happens.