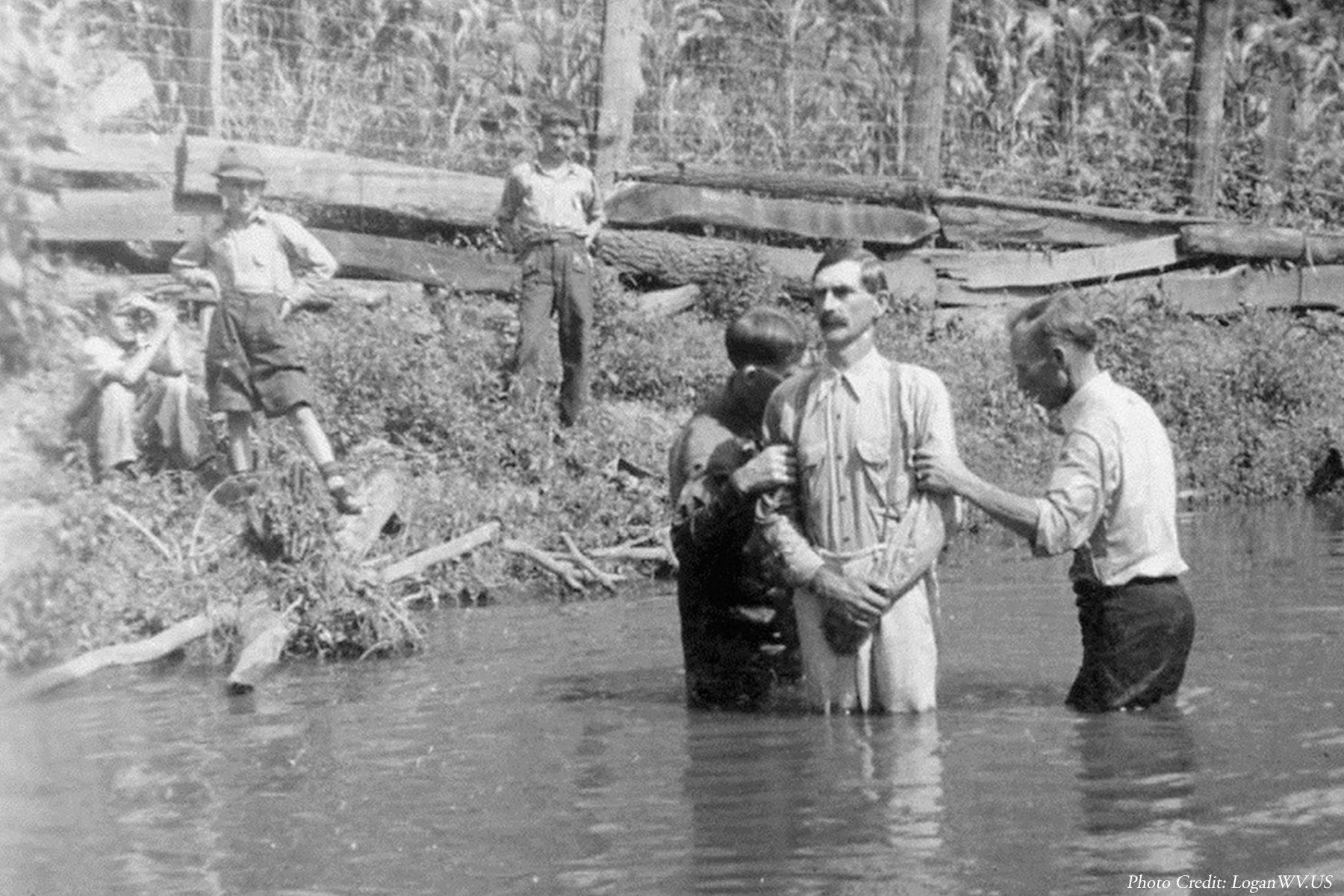 HALFDOLLAR, WV- Rev. Lester Gwinn, a local pastor, was arrested on Monday for polluting the stream that runs behind The Church of True Believers. It would seem that a mass baptism last spring introduced so much sin into the creek that widespread corruption was caused downstream. Rev. Lester Gwinn started the church in 1984 following a medical discharged from the US Army after losing an eye in a freak corn-dog accident.

Gwinn spent several years wandering the country after exiting the Army. He eventually made it back to his hometown of Halfdollar, WV, but couldn’t find a job. So, he became a preacher. Like folks do. He founded his church with three other members. All three of the original members have since left Gwinn’s church for theological differences.

Reverend Gwinn does not hold a degree from a theological seminary. Gwinn is fond of saying that he believes every word in the Bible. He admits hasn’t read every word of the Bible, but still believes them. He’d tried to read every word, but, honestly, some of those words, especially the names, are pretty hard. King James didn’t make the words any easier. Gwinn professes to believe every word, even if he’s only skimmed some of them. He believes the words he has read, and just assumes the others are true, too. That’s what faith is, after all.

Rev. Gwinn believes that baptisms need to be performed in a flowing stream, creek, or river. Skitter Creek runs behind his church and that is the creek in which he prefers to do baptisms. Because membership in Rev. Gwinn’s church requires baptism, and because he requires baptisms be done in the creek, most new members wait until late Spring or Summer to join the church. There is often a mass baptism on the Sunday of Memorial Day Weekend.

It was following one such mass baptism that the Reverend was arrested for breaking the EPA’s and the WV DEP’s water quality standards. It would appear that the folks hoping to become new members of the church were such a sorry, wicked lot that the amount of sin that washed off of them into Skitter Creek far exceeded the amount of toxins allowed in a single mixing zone, and even exceeded the amount admissible based on the harmonic flow of Skitter Creek.

A mixing zone is a designated spot in a waterway or lake in which pollutants can be dumped into the water. The mixing zone is supposed to be far enough upstream from drinking water sources that the chemicals dumped in the waterways dilute to non-threatening levels before they are ingested by people. The rate of dilution is based on something called harmonic flow. Harmonic flow is the average amount of water flowing through a waterway.

So much sin washed into Skitter Creek that the filters at drinking water plants were unable to remove all the iniquity from the water. The good people of Halfdollar, Sandstone, Fayetteville and even as far away as Charleston were said to have been overcome with corrupt, depraved and nefarious urges. Though scientists can’t explain why, the toxin levels were especially high in the offices of the WV Supreme Court, leading members of the Court to commit numerous  impeachable sins.

The Obama era regulations limiting the amount of toxins that can be dumped into waterways do not specifically address Sin as a pollutant. Gwinn’s lawyers argue that restricting the introduction of pure Sin into West Virginia waterways is an infringement on his Freedom of Religion, and a clear violation of the separation of Church and State.

A trial date has not yet been set.