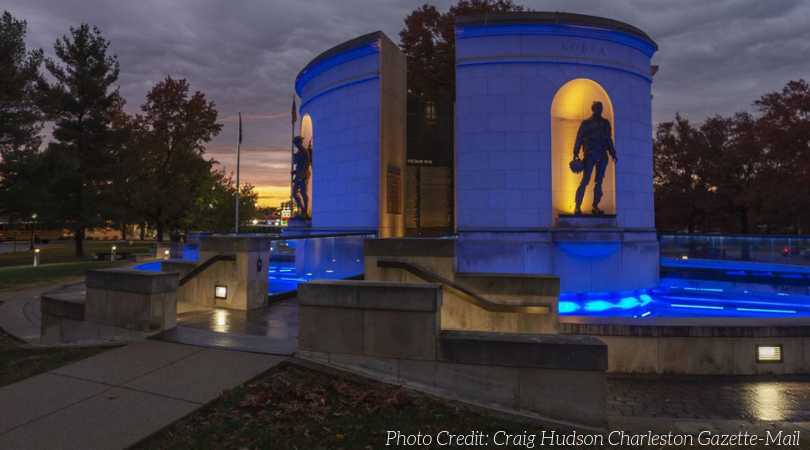 West Virginia Strong has often pointed out West Virginia's ties to the Military. Last month we shared the story of "Freedom Day USA," a new movement started in the mountain state to give back to veterans, and Bil Lepp has been chronicling the efforts of WV's WWII Veterans in his "Last Vet Standing" series.

But this region's history of military service goes even further back than our statehood. An article in the Charleston Gazette earlier this month chronicled the long running history of mountaineers serving in our armed forces.

Fathers. Sisters. Neighbors. Friends. If you live in West Virginia, you know someone who is serving or has served in the military. It’s no surprise that this is so when you consider that so many West Virginians serve in some branch of the military.

Dennis Davis, a native of West Virginia who is Secretary of the West Virginia Department of Veterans Assistance and who served in the U.S. Army, can tell you why.

“It is the nature of West Virginians,” said Davis. “We love our state and we love our country. When we are called upon to serve, we do so willingly.”

Maj. Gen. James A. Hoyer, Adjutant General of West Virginia National Guard, agrees. “It is in the DNA of people who live in the Appalachian Basin to serve. The immigrants who came to West Virginia faced challenges when they came here,” said Hoyer. “As they settled in communities and became successful, they felt a sense of responsibility to serve the nation that gave them these opportunities.”

The West Virginia Archives and History Military and Wartime collection shows that West Virginians, or people who lived in the region that would become the Mountain State, served in conflicts even before the Civil War, including the American Revolution, the War of 1812 and the Mexican War.