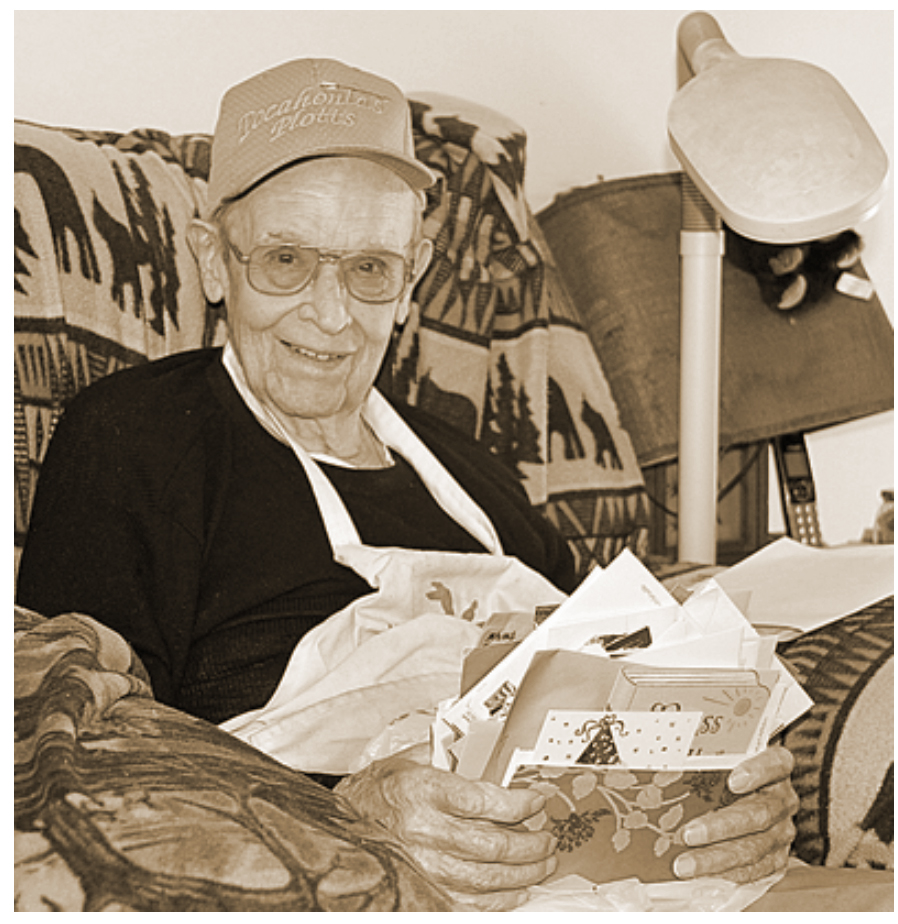 West Virginia has a long, impressive history of service by the state’s men and women in America’s wars. Dabney Kisner of Durbin, who turned 100 years old Jan. 13, 2020,  served bravely in World War II, and his exploits flying as a bomber pilot read like a Hollywood movie. Some airmen refused to go on any more terrifying bombing runs and Kisner would fly in their place, at one point bailing out by parachute over a Belgium town after his plane was hit. Hear the tale of what happened next in this Pocahontas Times reprint of a story about his war service on the occasion of his 100th birthday.

READ ON: Durbin vet reflects on life behind enemy lines, and those who helped him
IMAGE: Dabney Kisner age 95 in a 2015 file photo from the Pocahontas Times