It's All In The Timing 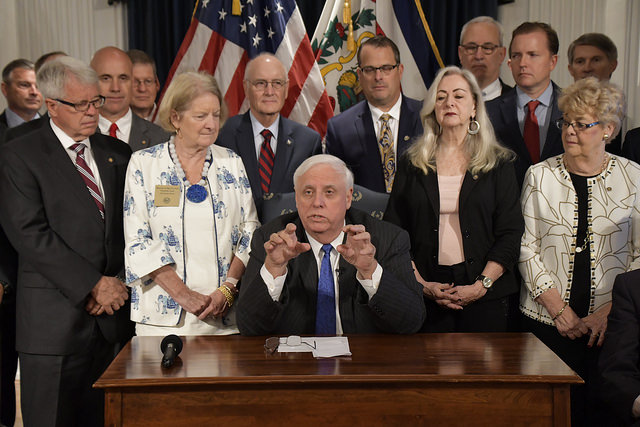 West Virginia's Governor and State Senate President have an interesting way of remembering the 2018 Teachers Strike. Earlier this year WV Strong's Dan Heyman reported that Senate President Mitch Carmichael was taking credit for the 5% pay raise that came out of the strike, when he led to charge to oppose it until relenting at the 11th hour.

This trend of policy about-faces continued earlier this week when Governor Justice called a last minute, early morning press conference with other republican leaders to announce plans to allocate another $100 Million to PEIA and another 5% pay raise for Teachers & Public Employees this coming legislative session.

While a raise for teachers & public employees is welcome news, the timing seems odd. We're still months away from the legislative session, and an announcement like this could have been a great headliner for Justice's State of the State Address.

On the other hand, we are just weeks away from the mid-term elections. This is an easy promise to make, with no need to back it up with action before voters head to the polls in November. In other words "I'll gladly pay you Tuesday (or in January), for a hamburger (or your vote) today!"

It's true that revenue collections have increased over the past few months. However, while a $120 million surplus is good news, it's not nearly enough for the Governor to fund these proposals.

State code requires that half of all surplus be deposited into the Rainy Day fund. So of that $120 million, only $60 million can go to funding the Governor's proposals. That doesn't even cover the money the Governor has promised to PEIA, not to mention the raises. While I hope the Governor is able to deliver, anyone who remembers his first State of the State address knows that Justice loves to make promises to get the applause, and then worry about the details later (if at all).