In The Face Of Opioid Crisis Wave Overwhelming WV Foster Care, These Families Step Up 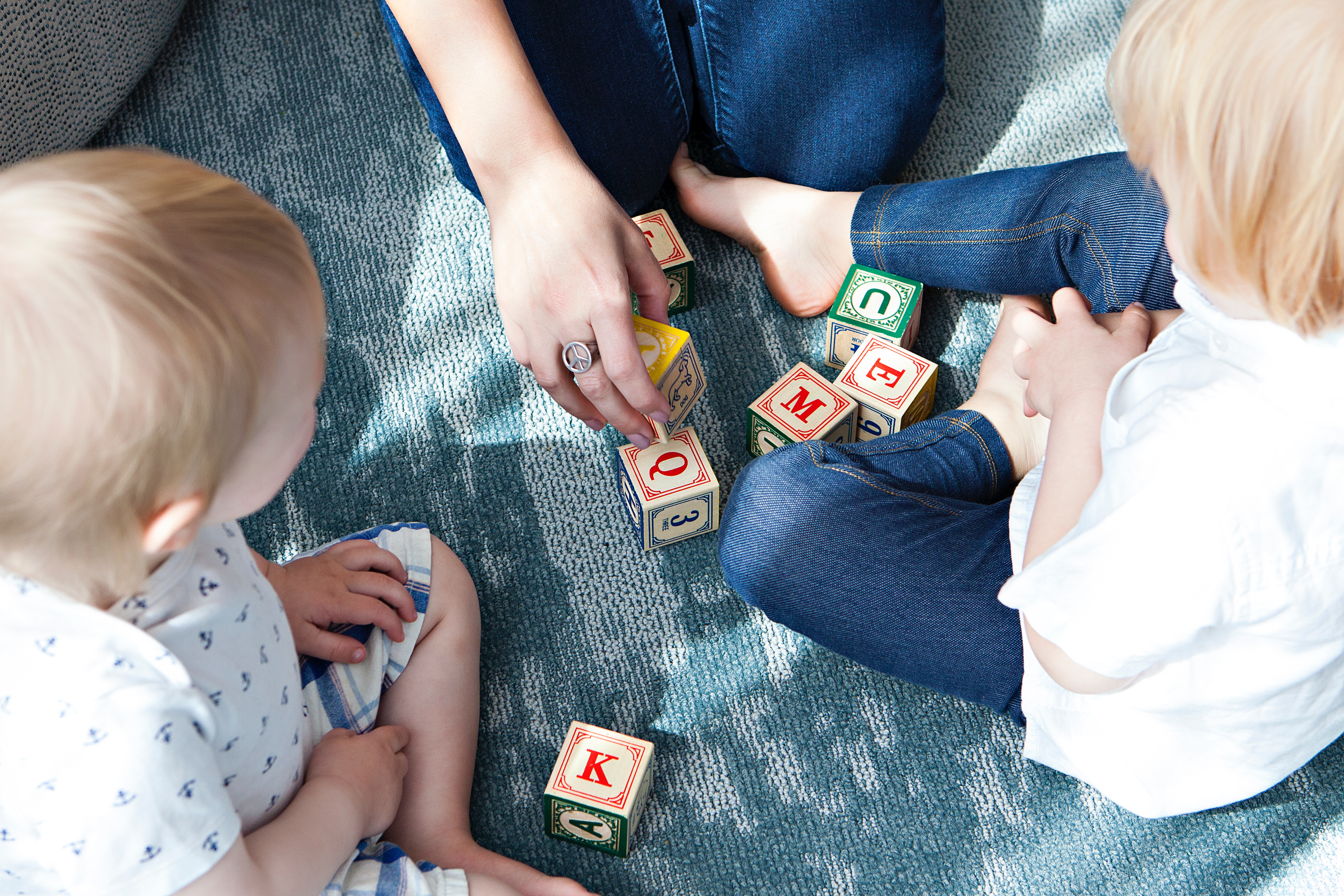 Charleston, WV – A year ago September, Patrick Cloud and his wife Sue took in her daughter’s children, who had been removed from their biological home by Child Protective Services. Like a lot of foster and grandparents in West Virginia today, Pat and Sue were stepping in because the birth parents were addicted to drugs and neglecting the kids.

So in a few days Pat and Sue had to go from being the estranged grandparents to two young children they barely knew to caring for and raising Charlton (now 10) and Kealynn (now 7).

Pat says the worst moment for him came soon after, the first time he had to discipline his grandson.

“They'd been with us for about six weeks,” says the 52-year-old Ripley contractor.  “We had been pretty relaxed up to then and it was time to start having some rules. And I told Charlton something several times and it just went in one ear and out the other. So I put him in a ten minute time out.”

“After the time out Charlton came in and sat on my end of my bed, and he was crying hysterically. Once I got him to calm down enough he asked me if I was going to beat him. And I said, ‘why would you ask me that?’ He said, ‘every time Dad put us in time out, when time out was over he would beat us.’”

Cloud says this was tough for him to hear. “I looked at him. I said, ‘let me tell you something. There are going to be times I want to beat you.’ I said, ‘but nobody in this house is ever going to put a hand on you. ’ I said, ‘you might stare at the wall and watch paint dry an awful lot. But there ain't nobody going to beat you.’”

As hard as it is returning to the role of parent after leaving it behind, why does he do it? “You realize the stuff, the life they've led... it doesn't matter whose kids they are, they're kids. These are children that didn't ask for this situation. My kids, the neighbor’s kids, a strangers kids – doesn’t matter. They didn't ask for any of this. And we're in a position where we can help. So we give up a little bit of freedom or a little bit of time or whatever. I mean it's just the right thing to do.”

“So there was no decision to be made.”

One serious problem for West Virginia is that it needs a lot more people like Pat and Sue.

On October 1st of 2014, there were 4,244 children in foster care in West Virginia. As of last month that number had grown to 6,683. According to the West Virginia Department of Health and Human Resources, the state has the nation’s highest rate of child removals from home, and there has been a nearly fifty percent increase of children in state custody over just the last three years.

The department reports that “approximately 84% of children in foster care are there because one or both of the parents are addicted to drugs,” often opioids..

Marissa Sanders of St. Albans is a foster and adoptive parent and the organizer of a new group, currently going by West Virginia Foster Adaptive and Kinship Parent Network. She says one thing West Virginia children have going for them is that in “the vast majority of cases” where child protective services take a child out of their biological home,  they end up placed with family members or kinship care.

“They're placed with their grandparents, or an aunt or uncle. Or it could be a neighbor or someone from church that they know.”

According to state figures, of those who enter the formal foster care system, about a quarter end up eventually being adopted and about sixty percent eventually end up being reunited with one or both of their parents. The state reports that in 2016 only 2% of children who had entered foster care were reported as being subject to “recurrence of maltreatment within six months.”

But state foster care is under serious strain – facing what DHHR calls a “drastic shortage” of homes. The federal government is pressing West Virginia to reduce the number of children who are placed out of state, and observers say one big barrier to lowering that number is a shortage of places to put them in the state. And in fact at least one school district has gone so far as to put out a call for teachers and staff to see if any of them could take children in.

DHHR says anyone interested in fostering can go to Mission West Virginia.

Changes at the state and federal level promise to alter the way the government funds and delivers services for these kids, and fierce debates surround some of those plans. Sanders says the federal Family First Prevention Services Act means the government is putting more resources into the system and directing the state to put them where she feels they are needed, into CPS and the judicial system, dealing better with families in crisis.

In the meantime, the state is also considering a controversial plan to contract for the medical and behavioral care it provides to foster children – to hire a managed care company rather than administering those services directly through DHHR. Some critics have described this as the agency in essence, throwing up it’s hands in the face of a rising tide of kids from homes broken by drugs needing care.

But in the end, what really matters – as one foster mother puts it – is having someone who will give the children a safe, stable, loving home for as long as they need it. And everyone says there are not enough of those.

Crystal Smith and her husband have taken in thirty foster children into their home over the years. She says twenty-seven of them – 90% – have come from homes pulled apart by opioids or other drugs.

She describes what it’s like to spend nights at the Newborns’ Intensive Care Unit, watching over a baby born addicted.

“They shake. They scream. They’re in pain. They go through withdrawal just like an adult does. The only difference is they're anywhere from four to six pounds, versus a grown adult. But they experience the same withdrawal.”

Smith says fostering is “not for the weak of heart,” because the children come with baggage. “Foster care is an emotional roller-coaster. You've got really good days, and then there's days that you just sit and cry. Often they've broken when they come to you, and they'll act out or they'll start being mean to the other kids.”

“It's a very painful situation, but you have to do it. Those kids are in a moment when their world was completely ripped apart, and they need somebody to be strong for them.” She says their young lives have been defined by pain and disorder – “that's all they know, so they're angry and upset. They don't know how to process what went on in their family and they need a safe person to take that out on.”

“A lot of times that is the foster parent.”

Smith says they might be afraid of growing attached to their new caregivers, or feel guilty if they do. “Because then they feel that they're they're betraying their parents.”

And then sometimes when the child gets settled in and starts to connect with their new family, then they might be moved out again. “They come into your home and get settled, but get moved to an adoptive home or reunited with their birth family. Your heart breaks. But it’s best for them not to stay in foster care.”

Smith starts to cry talking about it.

“We actually have in our dining room wall pictures of every child that has been in our home. We pray for those babies everyday regardless if they're not in our home or not. It is hard. Somebody has to believe they are worthy and worth love, worth far more than what they had been dealt. So you just you just you suck it up and you just keep going.”

But Smith says it’s all worth it. “We have the room to take in the kids. There's always enough room and enough love. That's basically our motto – ‘what's one more?’ If I can help out just one more child then we're doing what God called us to do.”

So, she says, they bought a twelve passenger van and every Christmas the living room “looks like Toys ‘R’ Us or Wal-Mart exploded.”

Sue Cloud – Patrick’s Wife – says they can start to see her grandchildren relax and open up. She says at first they would hoard food in their rooms.

“Under their pillows and in their bed, because they never knew when they were going to get their next meal. And we never stopped that. I would take away anything from under their pillows that would go bad. But I would leave apples and bananas and crackers and things like that under there. But eventually that stopped.”

“But eventually that passed too. Now they're just normal kids. Which is great.”

Smith says she wants people to understand one thing. She says foster children have a bad reputation, “but 90 probably 98 percent of them are not in foster care for something that they've done. It's not the kids fault that they're there. They're in a situation that they did not ask for because of bad choices that their parents have made. These kids just need need love and support just like any other child.”

“A hundred thousand of those children are legally ready to be adopted. They're just waiting on somebody to open their hearts to say ‘you're worth that chance.’”