From Inside, The Student Debt Crisis Looks Like The Door To The Middle Class Is Closing 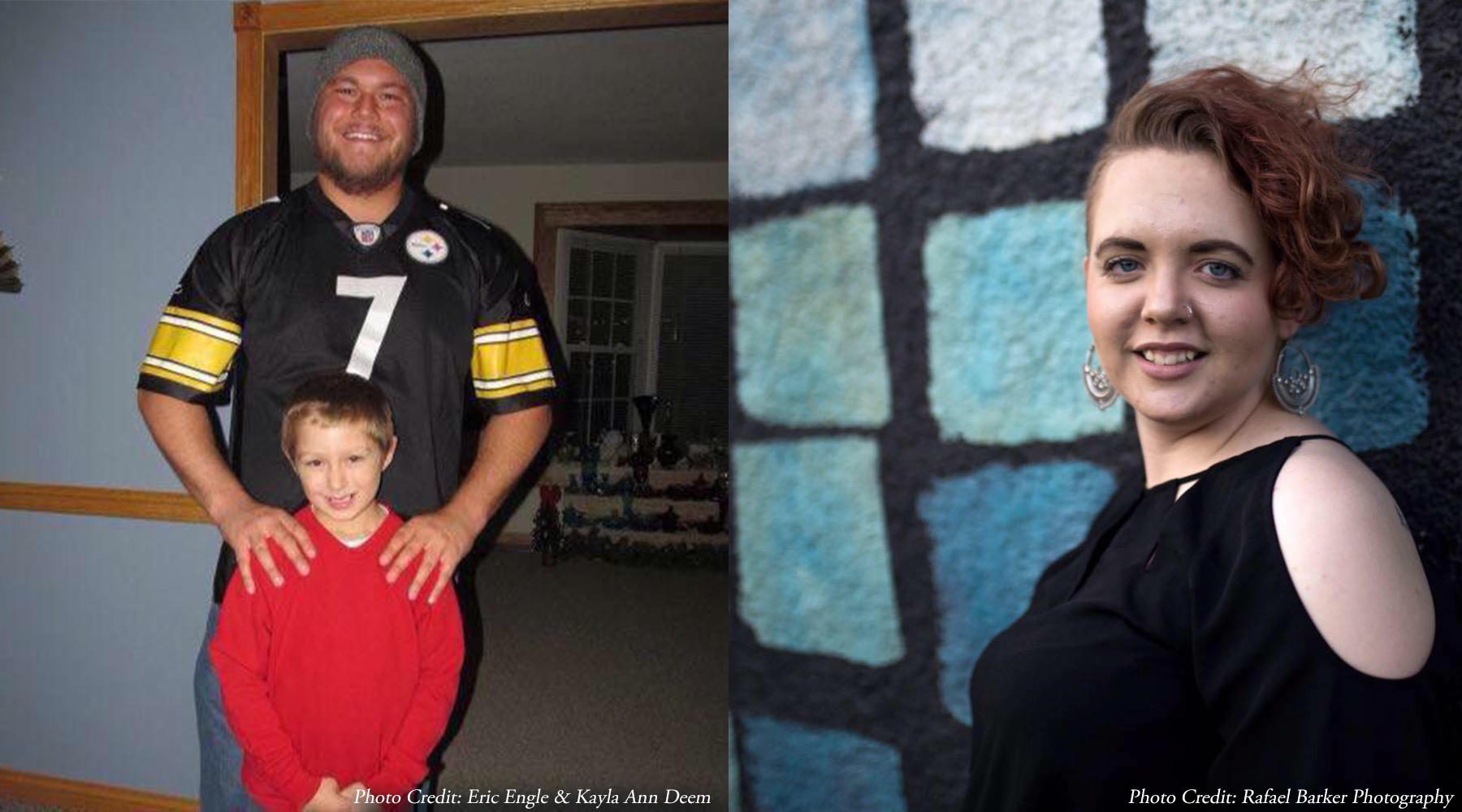 Charleston, WV – Eric Engle, an office worker from Parkersburg says there are a lot of things he and his fiancee wants to do. But the Marshall graduate says their college debts are keeping them trapped in spite of the fact that they both have degrees and white collar jobs.

Engle says they’re trapped in an apartment that’s too small for the four of them when they want to buy a house, trapped with one car when “we really need two” to get them all to their jobs and school. But he says he alone has about $72,000 in school debt – including $13,000 he owes to Navient (formerly Sallie Mae), which has actually grown from the $10,450 he borrowed, in spite of paying against it every month since December 2009.

He says some months he payed two or three hundred dollars. “But every month it’s been at least $120. And the fact that I've made almost nine years of faithful on-time payments of at least that amount, and I still owe them $3000 dollars more than the principal of the loan is incredibly frustrating to me.”

Engle is hardly alone. According to the West Virginia Center on Budget & Policy report from last year the average debt of a college graduate in the state has increased by 70 percent since 2005. It found West Virginia has the second-highest student loan default rate in the country.

A more recent report from Wallethub found the state had the lowest proportion of students without education debt.

Engle says it’s not too much to call it a “debt sentence.” He says the education which he was always taught would be a path to the American dream has ended much of their actual freedom.

He says in spite of making considerably more than the average household income for Parkersburg on paper, “we don't have a prayer right now of getting a mortgage. So for $600 a month we’re stuck in an apartment that’s too small for us.”

With more than a little frustration in his voice he says, “we don't want to rent anymore. We've rented since we moved out of our parents homes and we don't want to do that. We want to build some equity. We want to have some ownership. We want to be buying, not just throwing money away renting. But we can't afford to do anything else.”

He wanted to go to law school, but he can’t take on more debt. He took a job with the federal government because it was the best option. But even dealing with what he owes now means he’s “going to be making those payments really as long as I can foresee into the future.”

Engle had grants, and for three semesters got the Promise Scholarship, while attending one of the state’s two flagship public universities. The debts came in spite of that. The report from the WV COBP ties the state’s rising student debt directly to the legislative cuts in the higher education budget.

According to the center, “since 2008, state spending on higher education has declined by $130 million, adjusting for inflation,” and “average tuition at West Virginia's public colleges and universities has increased by $4,200 since 2002,” an increase of nearly 150 percent – while the Promise Scholarship has gone from covering 100 percent to covering 70 percent.

Although Governor Jim Justice has been talking about how the state has exceeded revenue estimates, state government has spent most of the last five years moving from one fiscal crisis to another. During that time higher education has taken more than it’s share of budget pain.

Brian Weingart, senior director of financial aid for the West Virginia Higher Education Policy Commission, says in that context they are focusing on educating students and parents on how to avoid taking on debt in the first place. He recommends the website of the CFWV – the College Foundation of West Virginia.

He says it pays to be sophisticated about student loans. Weingart says obviously if you go with a low monthly payment plan, the loan is going to take longer to pay off and you will end up paying more in the long run. Plus he says people often miss the federal tax credits, and the private or public scholarships or grants they could apply for. And he says for some scholarships it pays not to delay doing the paperwork.

“They have deadlines where if you apply early you might get it. Whereas if you apply later the funds might be exhausted. We do a lot just educating people in the process.”

Meanwhile at the federal level, some government agencies have been criticized for favoring for-profit colleges and lenders over in debt students. Secretary of Education Betsy DeVos has moved to loosen regulation on for-profit schools. Separately, the person in charge of handling student loan complaints at the Consumer Financial Protection Bureau resigned in protest over the way the leadership there “used the bureau to serve the wishes of the most powerful financial companies in America.”

As Seth Frotman, former student loan ombudsman at the CFPB, wrote in the resignation letter he then made public, “the current leadership of the bureau has abandoned its duty to fairly and robustly enforce the law.”

One student loan issue before the CFPB is a major lawsuit against Navient, the company Eric Engle owes $13,000 to on a $10,000 loan. According to the New York Times, the chief executive of the huge loan servicing company had described Frothman as “a prime example of what was wrong with the bureau,” in a letter to Frothman’s then boss.

The current leadership of the CFPB do not respond to the Times reporter’s request for comment. DeVos has argued that the tight regulation of for-profit colleges, because the worst actors in that sector have gone out of business and others have reformed.

Economists argue that higher education can be a driver of economic growth – which makes West Virginia’s level of student loan debt especially frustrating for some in the state. The WV COBP estimated that “West Virginia's 21 public higher education institutions contributed approximately $2.7 billion to the state's economy in 2014, and supported 22,000 jobs.” But that does not include the technological innovations and businesses that colleges enable.

For people like 25-year-old Ciera Pennington of Charleston, the student loans are a very real roadblock to economic growth. Pennington just started a small business, in spite of owing $38,000 – not including credit card debts.

“It's like a silent weight I carry with me all the time. I owe more money for student loans and credit cards and my car than I make in a year, so how am I ever going to get it all paid off?”

Pennington says after she wrecked her car last year, she “lucked out” and found a place to lend her enough for another one – at 20 percent interest – “and I owe more than the car is worth at this point.”

She says she can’t get a mortgage, even though she and her husband have been looking for a year. Pennington’s small consulting business is not capital intensive, although that’s likely to be an issue if they want to expand. Because “I can hardly get a loan for anything.”

She’s only six credit hours away from a degree, which she says makes her feel foolish for spending so much on her education. But Pennington says she’s in no hurry to finish, because (like a lot of folks in similar situations) as long as she can extend her time in school, she can avoid the full repayment bills. As she put’s it, “once that happens, I honestly have no idea how I'll survive.”

Both Pennington and Engle express disappointment with the current state of American politics. Engle says he understands why free college tuition might seem like too much to ask for. But he points out that much less ambitious proposals to lower the interest rate on federal student loans have died in congress.

“We can't even reduce or eliminate the interest on the student loan debt for the borrowers – and that’s at a time when there is over a trillion dollars in student loans outstanding. I mean, I don't understand the thinking behind that.”