For Some (But Not All) Trump Voters – It’s Still The Economy, Stupid 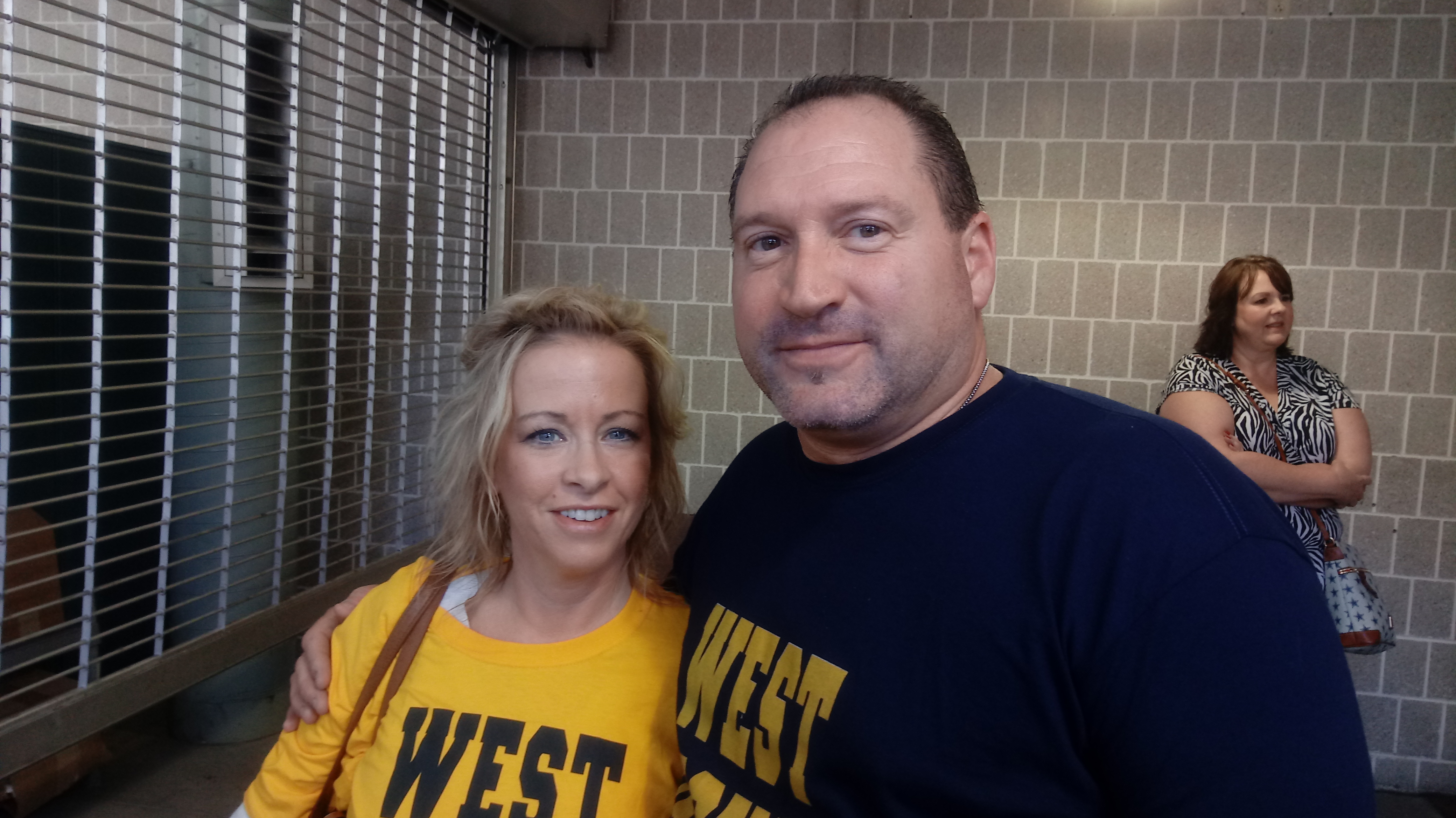 Wheeling West Virginia – Garrett Kaldor is a pipeline worker and a member of Local 18 of the International Union of Operating Engineers. Ask him why he crossed the river from his home in Ohio to see President Donald Trump in Wheeling, and he has a simple answer.

“It’s all about the money. He brought oil and gas back, which Obama crushed. And now we’ve got everybody back to work.”

Would he vote for a Democrat that would do the same thing? “Yes sir. In a heartbeat.”
Based on close to two dozen conversations with Trump voters outside the Wheeling rally last week, it is clear that many Trump supporters voted the way they did in 2016 because – as the Clinton era saying goes – it’s the economy, stupid.

Indeed, research across the country and in West Virginia suggests that many people who voted for Trump are relatively liberal when it comes to pocketbook issues and often support Democrats ranging from moderate Joe Manchin to progressive Bernie Sanders.

But conversations at the Trump rally suggest that earning the trust of these potential swing voters in West Virginia will be no easy task for Democrats.

One issue is that nationally Democrats are perceived to care less about rural voters than other special interest groups.

For instance, Peter Salerno (pictured above) from Fairmont is a transplant from Albany, New York who works for a gas utility. He was sharply critical of Democrats’ energy policies.

Salerno said NY Gov Andrew Cuomo’s decision to put a moratorium on fracking is stalling good paying jobs, while that state is hoping companies will “pay people minimum wage to work at the casinos. Our governor up in New York is a wacko. He'd rather bring in casinos to create jobs and benefit the economy than have people hydro-frack and create 20,000 six figure jobs The upstate part of New York is dying while Cuomo represents downstate and all the progressives there.”

Another challenge for Democrats is that a small portion of Trump supporters are doing better since the election. Even though most of West Virginia’s counties have lost jobs since Trump became president, and West Virginia lags far behind most of the country in job growth in the last 2 years, several women at the rally spoke of their specific situation having gotten better.

Sharon from Wheeling, who declined to give her last name, had high praise for Trump’s economic policies, which she called “amazing.”

“I work in the furniture industry. Our business this year is probably better than it's been in 20 years.”

Another woman, who did not give her name, said “My husband makes double what he made before now,” she said. “He's actually working, and he didn't before when Obama was president. He was laid off all the time.”

To be sure, many people at the Trump rally like Trump for reasons having nothing to do with their economic situation.

For instance, it was clear that Salerno liked Trump’s aggressive assertive style, noting that it had forced European countries to contribute more to the cost of NATO, hardly a pocketbook issue. However, he was quick to connect that style to Trump’s focus on improving economic situation for people like him, saying that he resents “the fact that we pay so much to sell our goods elsewhere and we don't charge other countries to sell their goods. All the jobs, the manufacturing jobs have all gone overseas for that one reason.”

Others spoke of their appreciation of where Trump stood on issues like abortion and immigration, with only passing regard for economic concerns.

Research suggests that voters who organize around these moral, racial and ethnic issues – less focused on economic concerns – are less likely to support Democratic candidates, no matter what Democrats deliver in terms of economic opportunity and security.

But even in a state that went 68% for Trump, Democrats in West Virginia need to build trust with only one out of four Trump voters to end up with a majority. This helps explain Senator Manchin’s current lead in the polls against Patrick Morrisey, who is on the record supporting repeal of pre-existing condition rules that could threaten 40% of West Virginians with prohibitively expensive health insurance premiums.

For West Virginians facing escalating premiums, copays, and deductibles, health coverage is an economic issue. According to a recent Gray Television poll, voters two top concerns of West Virginia voters are both wallet issues – health care, followed by Jobs and the Economy.

In economically-challenged places like West Virginia, the outcome of the 2018 and 2020 elections will be hugely impacted by how successfully Democrats court the subset of Trump voters who will vote for whichever candidates offer the most direct path to economic opportunity and security.

Though the national media tends to see Trump voters all alike, Emily Ekan, a researcher at the generally conservative Cato Institute, has noted that Trump voters “diverge on… taxes, entitlements, immigration, race, pluralism, traditionalism, and social conservatism” and that as many as 40% are relatively more liberal on many issues than other Trump voters.

The diversity of Trump voters is best revealed by the many voters who voted for Obama, then Trump. The authors of the same study Ekan was involved in found that “voters who switched from Obama to Trump also tended to have negative views of the economy in general and of their own personal financial situation. Our analysis shows that these views helped make these voters more open to Trump’s message both on the economy and on other matters.”

According to Susie Krajnyak of St. Clairsville, Ohio, Trump’s success with the economy was a motivating factor behind her support for Trump, but she is looking for something more in upcoming elections.

Turned off a bit by Trump’s grandstanding style, Krajnyak said she would vote for someone other than a Republican “If they were all working in unity and they could get the same good outcome as (Trump). We're all United States citizens and that's what we really want is not to have one party against the other. We really need to work together and to have the same agenda for the better outcome of our country.”

For another WVStrong perspective on a Mountain State Trump Rally, check out Bil Lepp's Reflections on Last Week's Trump Rally.