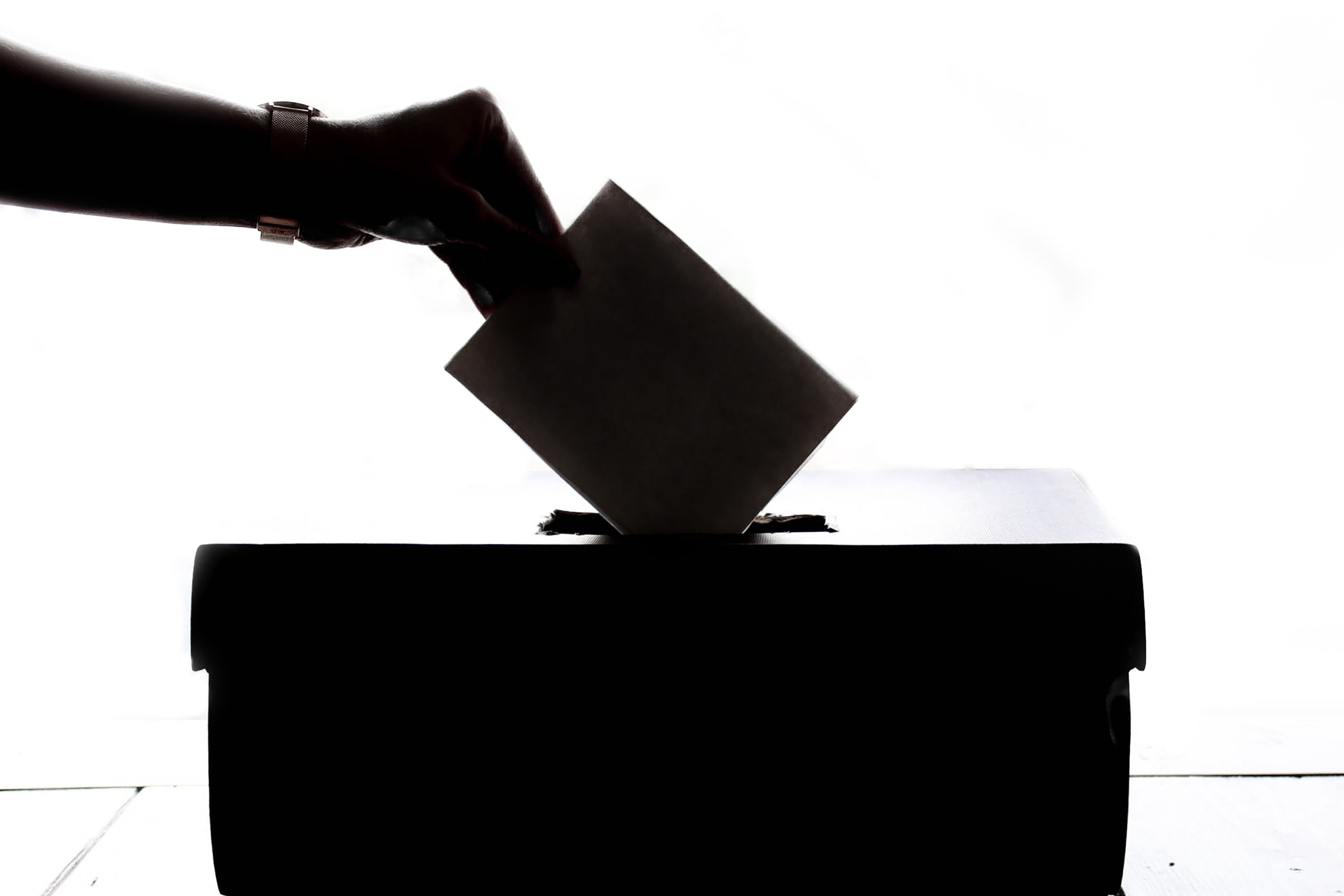 How Do We Keep People Engaged In Democracy?

Charleston, WV – It won’t be confirmed until some time, but if early numbers hold up, the 2018 midterms may well prove to set a historic high for voter turnout. Former Greenbrier delegate Ray Canterbury – who lost a close election two years ago – says “this year’s anger” has brought people out in huge numbers, but the question for him is what’s happening to long-term engagement in the democracy by citizens.

“Maybe the number of people who care this year is a good sign. Or maybe it's just a matter of this year's anger across the board.”

Canterbury, like a lot of state politicians who missed being elected by a few votes, has thought a lot about getting more citizens to the polls. He says democracy goes slowly, for good reason.

“The whole process is frustrating from start to finish, because it is designed to be slow. But we live in a time period where people expect things to happen instantaneously. And I think maybe the better thing to do for all sides, all parties is just to convince people that it would be more realistic to try to look at things in longer-term time-frames.”

He says healthy democratic engagement only builds over time, but he says deep divisions and angry rhetoric in American politics at the moment make it hard to build those bonds.

“And I don’t have a simple solution for that.”

Ignoring this year’s turnout, the long-term pattern for voter engagement, in West Virginia and across the nation, has trended down. According to personal finance website Wallethub, in the last two general elections West Virginia has the lowest and the next to lowest turnout rates of any state.

Even a handful of voters can make the difference for candidates like Nancy Guthrie. In 2016, Guthrie lost reelection to the House of Delegates from Kanawha county by a baker’s dozen votes.

“If you're going to make a comparison, I'm sort of a poster child for why every vote matters. If I had had six more votes election night, 15 more votes after the canvass, I would have won that race.”

That year four state Senate races were won by fewer than a thousand votes, and sixteen House of Delegates seats were decided by fewer than five hundred ballots.

Guthrie’s approach to raising turnout is based on making voting itself easier and more pleasant.

“For millennials and other working people it might be helpful if we declared Election Day a holiday and then have holiday parties or celebrations outside at polling places. I’d also like to see a formalized rides to the polls program so that people could avail themselves of that opportunity.”

She says a “positive, issue driven politics appeals to everyone,” and would be “helpful.” But Guthrie also says “in the extreme, maybe we ought to be more like Australia and require folks to vote in order to keep their driver license.”

Guthrie’s idea – focusing on the mechanics of voting – is a common school of thought on how to get more people to vote. Rod Snyder lost a his House of Delegates race in Jefferson County in 2016 by 96 votes. As he puts it “our democracy is healthier when we reduce structural barriers to voting.”

Snyder favors automatic voter registration, and expanding the time period and available locations for no-excuse early voting. And he agrees that election day should be a holiday.

Others put more emphasis on what Guthrie calls, “positive, issue driven politics.” Julie Archer is the coordinator for the good government organization, the Citizens For Clean Elections Coalition. She says the tide of mud – ugly, negative political advertising – is alienating voters.

Archer points out that by definition, negative advertising is designed to push people away from the democratic process. She says candidates use positive ads when they can, but if they are losing they’ll be told that negative ads work – because they do – not to nudge their supporters into voting, but the push their opponents’ to stay home, and to become politically disengaged, at least for that race.

And she says the increasing levels of so-called dark money – political spending not tied to any specific donors in a way that’s useful for voters – is feeding the attack ads.

“The dark money is being spent to influence the election in one way or the other. But in an important way, even if it doesn’t convert anyone, if it just has the effect that people don't even go vote, the dark money wins anyway,” says Archer. “If the people that are behind these ads if they actually had to come forward and say say who they were, I think we would see a lot less a lot less of it.”

Researchers and social scientists who have studied voting have looked for factors that may determine if someone is an engaged citizen, an occasional voter or fully alienated. One Pew study found that the 22% of the population that is not registered – the researchers call them “politically estranged,” – were least likely feel that their vote makes a difference.

Which suggests that not voting is often deeper than just having trouble finding a parking place at the polls.

A related article in Science News quoted Barry Burden, a political scientist at the University of Wisconsin–Madison. He suggests that people who feel empowered and informed about their lives are much more likely to be voters – that not voting is part of a picture of social alienation and helplessness.

According to how it’s put in the article, “the single biggest predictor of whether or not people will vote, Burden says, is education level, which has direct and indirect effects on voting. ‘People are more likely to vote if they have information about the candidates and the process of voting, higher levels of income and education, find themselves living and working in networks of other people who vote,’ he says. ‘Other people who are disadvantaged in those ways are much less likely.’”

That comes closer to the notion that democracy is a process, and related to the many strands that tie people into their communities. Canterbury argues that people have to be taught to understand and appreciate democracy and the gradual way it works.

“I vote all the time just because I figure that in the long run eventually if my ideas have merit or the positions that I support have merit they'll they'll prevail,” he says.

“Maybe you don't win this time around. Maybe don't win next time. But maybe over a period of time, gradually you convince your neighbors, really convince the people around you, that you have a good idea. And over time that dialogue – which shouldn't just occur at the legislative level, it should it should occur at every level of society. Eventually people decide that you know a different direction is necessary.”

Read Part 1 of Dan Heyman's "Every Vote Counts" Series about the close races in WV in 2016, including one race that came down to less than 20 votes!

Make sure to make a plan to vote! Check out our Voting Info page to learn all about where, when, and how to vote in the Mountain State.