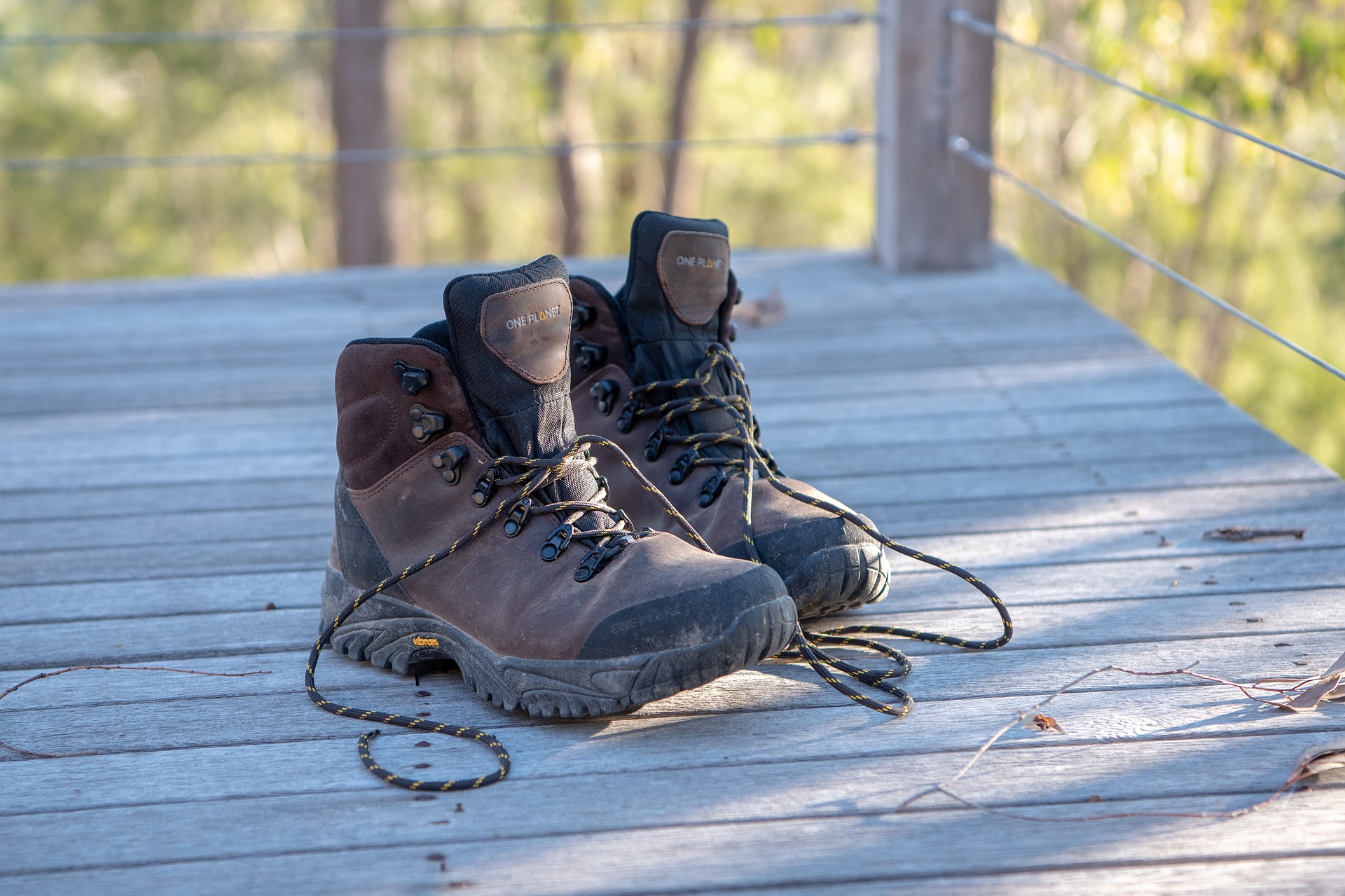 “As long as I’m on my feet I can pretty much swing anything that comes at me.”

Charleston, WV – Jessi Parker has a message – it maybe not be a surprise, but it’s something she wants people to know.

“I want nobody to be poor. Because it sucks. It sucks so bad.”

Parker is 24 years-old and who lives in rural Fayette County. She knows something about poverty. But she also understands struggle, and grit, and what it means to fight to get by and get better.

According to census data West Virginia is one of two states where the poverty rate actually increased between 2016 and 2017. “Delaware saw its rate increase from 11.7 percent to 13.6 percent and the rate for West Virginia rose from 17.9 percent to 19.1 percent.”

Only four states had poverty rates over 18%.

At a time when Governor Jim Justice is talking about the “incredible things” happening in the state, one in five state citizens lives below the poverty line. According to the West Virginia Center on Budget and Policy, the state’s economy is largely stagnant and stuck behind where it was before the great recession.

The situation looks to be getting worse, with most of the limited job growth happening in low wage occupations. The center projects that in eight years, two thirds of new jobs in the state will not pay a living wage.

That’s a life Parker knows well. Since dropping out of high school, she says she’s “worked a lot of dead end jobs. Pretty much anything, anywhere that would hire me. Anywhere from grocery stores to construction work, whatever I can get.”

She says there are not that many opportunities where she lives. “And it's not like people don't want to work. That's not it at all. I think I'd looked for a year on and off and I couldn't get nobody to call me back. Now that I got my GED I still only get like, a random callback every now and then. But if you're looking for a job it's not like they’re fresh for the picking.”

These days she’s in AmeriCorps VISTA and has a fellowship with Our Children Our Future, both of which she loves. But it wasn’t easy getting there, although she says the work – and where she’s come from – have their own kind of rewards.

OCOF describes the GrassR.O.O.T.s (Rural Organizing and Outreach Team) WV as recruiting “impacted organizers” – people like Parker who have been poor and know what it’s like.

Rosemary Ketchum of Wheeling is another of the GrassR.O.O.T.s fellowship winners. She has her own gritty biography, but also shows why someone with that kind of background might be ideally suited for this work.

Ketchum is the Associate Director of the National Alliance on Mental Illness (NAMI) of Greater Wheeling, which operates a drop-in center there – often treating homeless people with mental illnesses.

She’s a psychology senior (and first member of her family to go to college) at Wheeling Jesuit University. Ketchum worked her way to an associates degree in spite of the fact that when growing up her family had been wiped out first by her father being laid off from his factory job and then by having their house burn down, leaving them – for a time – homeless themselves.

She says growing up poor in East Liverpool, Ohio gave her life skills and life lessons she might not have gotten otherwise. "It really does introduce you to an angle of the world that you don’t have shown to you television, and isn't necessarily reported in the news.”

“I still have that thought in the back of my head that it could all go away tomorrow. So you've got to preserve and conserve what you have.”

But she says poverty is also about relationships.

“It's beautiful to see and sad as well to know that you can ask... I've had people ask middle class and upper class folks for change or for a loan. And they refused. And then they'll ask their neighbor who is just as poor, if not more so. And they'll give it.”

Economists will sometimes ask why unemployed or underemployed people don’t move to places with more opportunities. Some do of course. Others say – as one person getting help from OCOF put it – you want to move because you're poor, but you can't move because you're poor and can’t really afford the cost of making the change. So why risk moving somewhere else to be poor there?

For Ketchum, living in West Virginia and the ties she has built here have a value that is hard to measure in the moving equation. She says family and friends are a safety net that is not just good not to lose, it’s actually worth investing back into.

“I’ve considered leaving the Valley for more opportunities,” she says – pointing to associates who have left Wheeling for Pittsburgh, which she admits is tempting.

“But I decide to stay in West Virginia because I am determined to improve and engage my home. I am making lifelong friends here who are equally as passionate about building a better West Virginia as I am. I feel needed in West Virginia and that makes all the difference.”

Parker says she plans to move to Charleston at some point, but intends to stay in the state. For both of them, West Virginia has a pull, in spite of the struggle.

For her part Parker describes a lot of moments like the one where she had to decide whether to wash her clothes or put the money in her gas tank – the kinds of constant stress people in poverty live with every day.

Employers don’t want to take a risk on a dropout, she says. “We’re looked at as if we are undependable and not willing to learn. Which that's totally wrong for most of us. Because I'm willing to learn. You just have to teach me in such a way that I will learn them because I'm a little bit weird I guess.”

But she is also capable of doing what she needs to. Parker found a program in Charleston – Youth Build – which helped her get her GED. At the end of that one of the teachers there recommended applying for AmeriCorps, and she got a position helping low-income families find affordable housing from an office at the Southern Appalachian Labor School back home in Fayette County.

“I'm basically an information book for anybody in the community that wants to tell me what their problem is, and I try to find stuff that fits that will help them.”

She says Americorps itself pays “poverty level” wages – a little more than four hundred dollars every two weeks.“Which is not enough. But it’s cool, because as long as I’m on my feet I can pretty much swing anything that comes at me.”

On the other hand, Parker says she loves the work – “there's families out there that kind of reminds me of where my parents were when I was younger, and I like giving them more options.” Plus she likes that the program will help her pay for semesters at a technical school.

“That's just my bread and butter, what I want to do. That's me, all the way.”

To make ends meet Parker had been working part time in the laundry room of a nursing home. Another employee there quit, and they bumped her up to full time. Which she says was just too much. “Don't get me wrong, I appreciated the money. But it's really hard on your body.”

She says she was working 14 to 16 hours a day. “I ended up getting so tired that I would get confused. I remember a day I actually showed up for work and I wasn't supposed to be there.” Parker says when she ran a couple of stoplights without even knowing it, she knew she had to do something else. She applied for an Our Children Our Future fellowship.

Parker and four other women with GrassR.O.O.T.s fellowships collect stories and help West Virginians who are struggling with the failures of government safety net programs like Medicaid, the Supplemental Nutrition Assistance Program (SNAP – formerly Food Stamps) or the Children’s Health Insurance Program (CHIP).

While programs like these are criticized as giveaways, watchdogs say for the folks trying to get help, they’re often a nightmare of paperwork and bureaucracy. Parker says she is focusing on issues with the Electronic Benefit Transfer (EBT) cards that are used to distribute the benefits for programs like SNAP or Temporary Assistance for Needy Families (TANF formerly Welfare).

“It seems as if the state doesn’t really want to help you and it's kind of really frustrating because the state's supposed to be there to help get your stuff straight to where you wouldn't need it anymore.”

She describes one man about her age and income level (without the fellowship) who is in a jam because someone out of state appears to be using his name. “West Virginia won't help him even though he makes like four hundred dollars every two weeks. And he’s trying to get out on his feet. But he can’t get any assistance.”

Ketchum says one defining feature of being poor is that most folks don’t understand paperwork. She says dealing with the financial aid department when she started school was an education by itself.

“I didn't know going into it how to articulate a credit score or how to really understand how compound interest worked – all these different things, like subsidized and unsubsidized loans and such. I had to learn all of those things on my own, because no one in my family understood it any better than I did.”

Ketchum stresses something she wants people to understand – that “poverty is personal, not personality.”

In other words, everyone’s situation is different, but in most cases it’s not due to laziness or some kind of moral weakness. “I would say that the majority of the people I see who are homeless are experiencing acute or chronic mental illness that might have caused them to be homeless, or at least is perpetuating their homelessness.”

“Nobody enjoys languishing in poverty. And they would do anything in their power to climb out of it. But unfortunately we do not provide people the tools and the support to actually do that. And we were talking before how some of the political leaders are claiming the economy is in great shape and we're getting jobs and things are great. And perhaps from a GDP standpoint that's wonderful for people who work on Wall Street. But for the people who live on Main Street here in Wheeling? We’re not seeing that.”