A Tale Of Two Bus Drivers 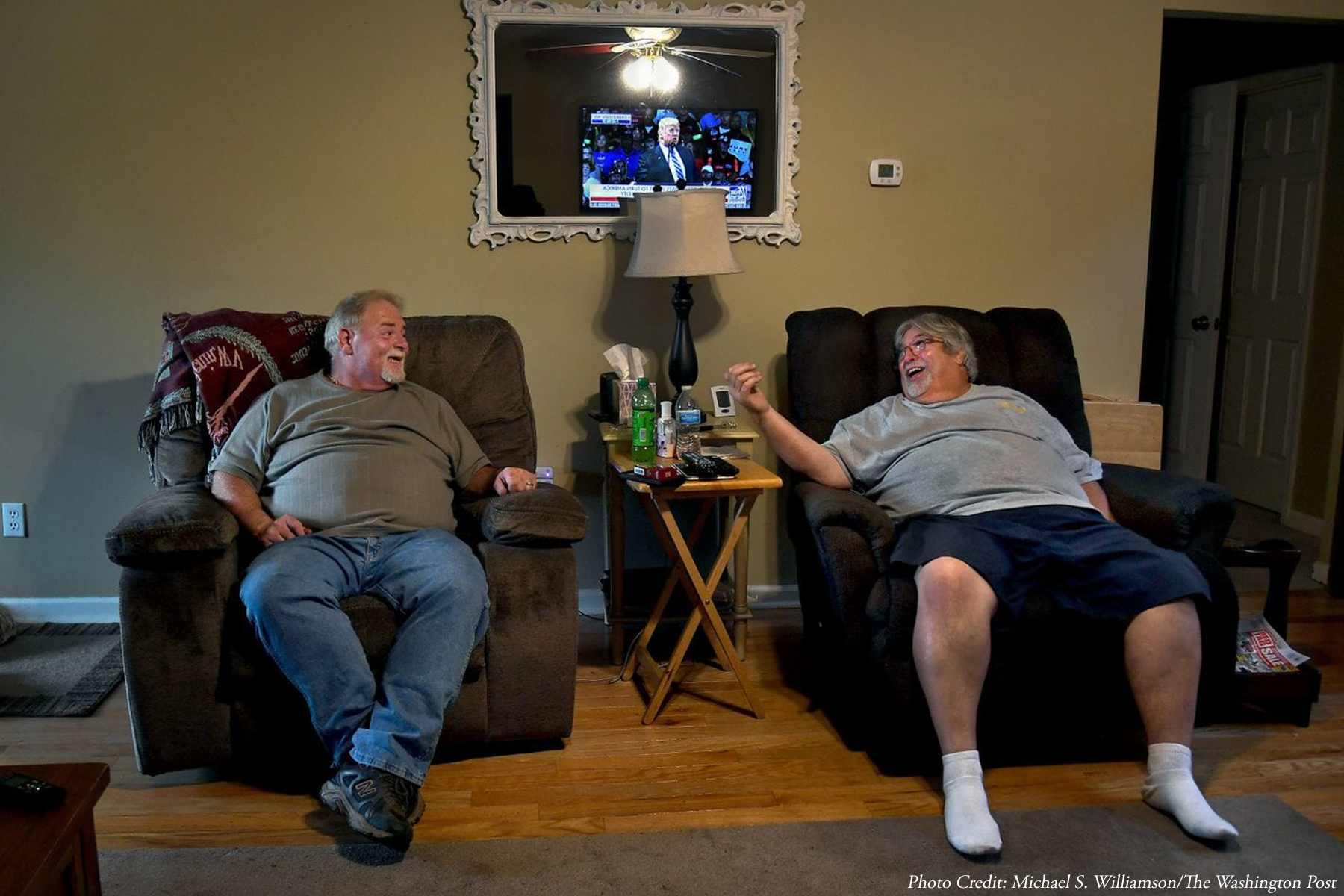 CHARLESTON, W.Va. — From the driver’s seats of their county school buses, longtime friends Paul Black and Paul Cochran have an almost identical view of the struggling community where they have lived nearly all of their lives.

Twenty-four hours before President Trump arrived for a rally in their hometown Tuesday night, Black and Cochran sat with colleagues at a graffiti-specked picnic table behind their bus terminal to commiserate, after what they all agreed was the worst first day of school ever. As always, the conversation was sprinkled with politics.

Both Black, 60, and Cochran, 54, voted for Barack Obama in 2008. Since then their politics have diverged radically.

“He’s only in it for himself,” Black said.

Cochran said he has supported Trump from he moment he rolled down the golden escalator and announced his candidacy in New York City. He said he falls asleep each night feeling safer knowing that Trump is defending the country from foreign enemies such as North Korea and Iran.

He trolls his good friend by writing “Trump, Trump, Trump” in the dust on the back window of Black’s school bus.

What the two men share are an affection for the kids they haul each day and an increasingly dark view of West Virginia and their country.